The Hervey Bay Historical Museum opened in 1974 with one building which was the first Public Hall at Dundowran and donated by the residents there. Money was scarce, so volunteers made jams, pickles and sweets to sell at the Museum and markets.  Joan and Norm Christiansen also wrote a small book, “THE LAMP STILL BURNS”, about the very early settlers to 1890.

Thanks to the volunteers’ hard work and dedication, by 1990, the Museum had increased to 13 buildings, filled with over 3000 fascinating exhibits from the early years in the Wide Bay area.  There are now 21 buildings, 12000 exhibits and a group of dedicated volunteers, busily repairing the old buildings that were falling into disrepair and restoring buildings acquired in recent years.

In 1985 the Museum won a State Government award for its contribution to the local community. In 2006 , 2007 and 2008 we won the Fraser Coast & South Burnett Tourism Award for the Heritage & Cultural Tourism Category and in 2009 we were inducted into the Hall of Fame.

In Dec. 2007 the Historical Village held a charity event  “Carols in the Village” and the proceeds went to the Salvation Army Xmas Hamper Appeal.  Over $1660 was raised . 2008 saw us repeat the event, this time in aid of the local Riding for the Disabled group,  raising $2000. By 2019 we have raised over $20000 for local charities, including a donation to Drought Relief Australia.

Children from the Wide Bay area visit as part of their school curriculum.

The Museum is manned and maintained by a dedicated band of volunteers and each year the Museum sponsors a Christmas Party in the Museum grounds as a Thank You to our Members.

In 2007 and again in 2014, the Queensland Weekender visited the Village to shoot film for their programme on Channel Seven.

In 2013, we hosted the Hervey Bay 150th Birthday Celebrations, attended by the Governor of Queensland  and many local and National politicians.  In 2014, we celebrated our own 40th Birthday.

The Museum is situated at 13 Zephyr Street, Scarness and is open every Friday and Saturday from 1.00pm – 4.30pm , Sundays from 10.30am ’til 4.30pm and every afternoon over holiday periods. Admission is $10.00 for Adults, and $3.00 for Primary students, making it an inexpensive place to bring family or visitors.  Under school age children are FREE.

The Museum can be opened any time for groups and schools. A new BBQ area is available to visitors/Groups at no extra cost. Two ParkSafe electric BBQ’s have been installed as well as a hot water dispenser. Picnic tables are now available in the shady Memorial Garden area The Church, non-denominational, is available for weddings. 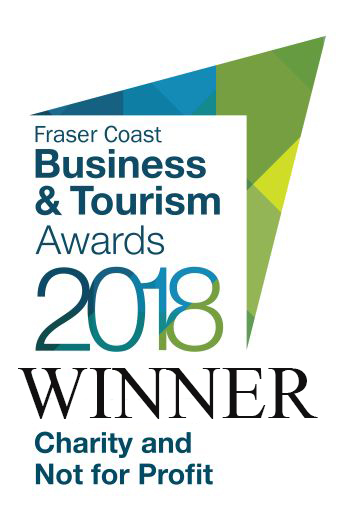